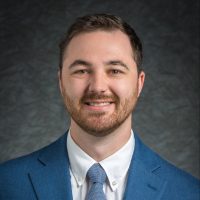 Firearm possession and the Second Amendment is perhaps one of the biggest political issues on the minds of Americans today. Recent tragedies in Highland Park, Uvalde, and Buffalo have once again brought firearm possession and the Second Amendment to the political forefront. Questions like “Who can own a gun?” “Who should own a gun?” and “What restrictions can we place on owning a gun?” dominate political discussion.  While board members have extensive decision-making power over their associations, boards must tread carefully when considering restrictions on firearm possession within their communities.

The Supreme Court of the Unites States made clear that restrictions against a private person keeping firearms in their home will be invalidated as a violation of the Constitution. The use of guns in the home is a fundamental right protected by the Second Amendment of the Constitution. What this means for associations is that boards are restricted from enacting policies that would prohibit an owner from having a firearm in their home.

First, S.B. 156 establishes knives as arms necessary for the exercise of fundamental rights, along with firearms, parts of firearms, the components of a firearms, and ammunition.  Ohio residents’ right to possess a knife is now protected to the same degree as firearms. Associations should be aware of this change in the law when considering restrictions on the possession of weapons in association common elements. Ohio boards will need to use the same care when creating restrictions on the possession of knives on the common elements as they would firearms.

Regardless of individual board members political views on gun control and firearm possession, boards should be aware of the Constitutional protections on firearm ownership when making decisions for their community.