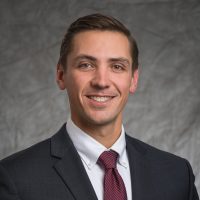 Living in a homeowners association with his wife Amy and their english labrador Cooper, Andy understands community concerns from an owner perspective. Andy enjoys the opportunity to meet new people through his work and values the privilege to form relationships with the firm’s clients.