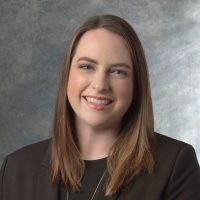 Jillian Henzler earned her law degree from Cleveland-Marshall College of Law in 2012, after graduating from La Roche College with a degree in English. During her time at Cleveland-Marshall, Jillian was a member of the Cleveland State Law Review. She received the Chief Justice Samuel H. Silbert Award for Outstanding Editor of the Year for her contributions as Publications Editor in 2012. Upon graduation, Jillian spent over 5 years prosecuting foreclosures for some of the country’s largest national lenders.

Jillian addresses all community association issues but focuses her practice on collection of delinquent accounts, foreclosures, small claims litigation, and bankruptcy. Her foreclosure background provides the experience needed to navigate the common pleas courts throughout Ohio.