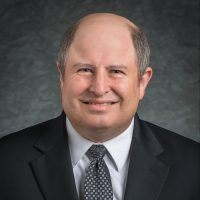 John Izzo earned his B.A. in Political Science from the University of Illinois, before earning his J.D. from the University of Akron School of Law in 1993.  Over the last 28 years, John  worked in a variety of roles as an attorney in both the public and private sectors, including as a Senior Assistant Attorney General for the Ohio Attorney General’s Office, Chief Counsel for the Ohio Department of Commerce, Division of Financial Institutions, Deputy Director of the Ohio State Racing Commission, and as a hearing officer for both the Ohio Department of Health and the Unemployment Compensation Review Commission.  Most recently, John handled litigation matters at the firm of Graff & McGovern.  Significantly, John served several years as a board member of his homeowner association.

John’s vast legal experience as well as his service on his community association board, gives him a great understanding of the issues and concerns Board members and their communities fact and assist him in guiding our clients.